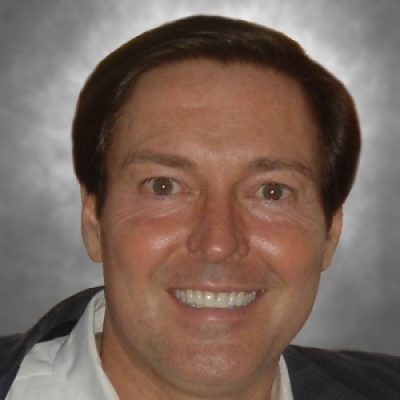 Dr. Jody Hershey, a native and resident of Roanoke, Virginia has over 35 years of work experience at the local, state, and national public health levels, as well as in the private and corporate healthcare sectors. He recently retired as the Public Health Director of the West Piedmont Health District (a multijurisdictional 1,568 square mile urban, suburban, and rural health district with a population of 141,000). In that capacity, he provided leadership and direction within the Virginia Department of Health to all public health promotion, disease prevention, and environmental protection activities in the city of Martinsville and the counties of Franklin, Henry, and Patrick.

He previously served, from 1995 to 2011, as Public Health Director of the New River Health District that includes the city of Radford, and the counties of Floyd, Giles, Montgomery, and Pulaski. He was also a primary care clinician, medical consultant, and medical director at Carilion Healthcare Corporation and at the Bradley Free Clinic in Roanoke, as well as president of Holistic Health Promotions, Inc., a healthcare/public health consulting corporation.

Dr. Hershey obtained a Bachelor of Science in Biology from Roanoke College, Salem, Virginia; a Doctor of Medicine from the Eastern Virginia Medical School, Norfolk, Virginia; a Master of Public Health in Epidemiology from the Johns Hopkins University, School of Hygiene and Public Health; and a Ph.D. in Education, Curriculum, and Instruction at Virginia Tech. His postgraduate medical education includes residency/fellowship training in Family Practice and Preventive Medicine with board certification in both specialties. Dr. Hershey is a Diplomate of the American Board of Family Practice and a Fellow of the American College of Preventive Medicine.

Since 2000, Dr. Hershey has served in leadership positions at the National Association of County and City Health Officials (NACCHO), including President of NACCHO. Within NACCHO, he has and continues to represent the organization on national issues, such as emerging infectious diseases, emergency preparedness and response, and childhood/adult immunizations. Dr. Hershey has been NACCHO’s liaison to the Advisory Committee on Immunization Practices and has served on the committee’s Influenza Working Group. He has also chaired the National Profile of Local Health Departments Work Group, Finance, Nominations, and Public Policy Committees, and Past-Presidents Council.

Dr. Hershey has taught in several academic and medical institutions at the undergraduate, graduate, and doctoral levels. These include adjunct faculty positions at the Virginia Tech Carilion School of Medicine, Virginia-Maryland Regional College of Veterinary Medicine, Virginia Tech, Radford University, and the University of Virginia, as well as Clinical Professor in Family and Preventive Medicine at the Edward Via Virginia College of Osteopathic Medicine.

Dr. Hershey has received many awards on a local, state, and national level such as the Lions Club, Kiwanis, and Lutheran Brotherhood Leadership and Service Awards. He recently received the National Association of County and City Health Officials’ 2017 Model Practice Award for developing a program that demonstrated exemplary/replicable best practices in response to the opioid epidemic in southwest Virginia, a critical local public health need.

Dr. Hershey received the 2002 J. Howard Beard Award from NACCHO that nationally recognized his local public health agency for its outstanding, significant, and exemplary programs and activities. He has also received the 2001 NACCHO Award for Excellence in Creating Healthy Communities and the 2000 NACCHO Award for Excellence in Environmental Health recognizing his local health agency’s outstanding, significant, and innovative activities and programs in creating and building healthy communities and in the area of environmental health, respectively. In 2001, Dr. Hershey received the Virginia Department of Health’s Public Service Career Achievement Award.

Dr. Hershey was one of an elite group of national public health leaders selected to serve as a 1996-1997 Scholar in The Centers for Disease Control and Prevention/University of California Public Health Leadership Institute, an Institute to strengthen America’s public health system by enhancing leadership capacities of the nation’s top public health officials. Dr. Hershey also completed the 2002-2003 Management Academy for Public Health -- administered by the North Carolina Institute for Public Health at the University of North Carolina, Chapel Hill, which prepares teams of health professionals for new management challenges in community health.

From 1997 to 2000, Dr. Hershey’s health district was selected and served as one of 41 Turning Point community partners. Turning Point: Collaborating for a New Century in Public Health was a national public health reform effort jointly sponsored by the W.K. Kellogg and Robert Wood Johnson Foundations. The purpose of this major national initiative was to strengthen the public health infrastructure in the United States so that states, local communities, and their public health agencies would respond to the challenge to protect and improve the public’s health in the 21st century.

Two of his special interests include health education/promotion/disease prevention and media advocacy. Dr. Hershey has appeared on major local, regional, and national, and international radio and television networks and affiliates in the United States and Asia, and he has served as a medical consultant and commentator for national radio and television networks.