SERVE the greatest possible number of people who stutter and give them tools to acquire the ability to speak fluently.

TRANSFORM the lives of individuals from around the globe who face educational, career, and social barriers because of their stuttering.

ENABLE people who stutter to retain fluency for a lifetime to fully realize their potential and achieve life-long dreams.

CHAMPION the cause of stuttering on the world stage for people of all ages through scientific discovery and treatment innovation. 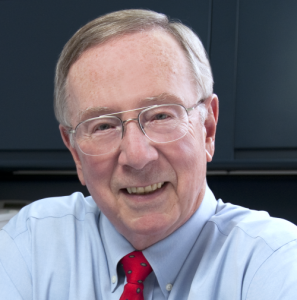 Hollins Communications Research Institute (HCRI), founded in 1972 by Ronald L. Webster, Ph.D., has become a leader in stuttering research and the development of innovative, scientifically based treatment approaches. The Institute is a Virginia-based 501 (c) (3) nonprofit organization.

HCRI’s proprietary stuttering therapy was developed in-house by research scientists who are internationally recognized experts in the investigation and treatment of stuttering. These Ph.D.-credentialed team members have tested HCRI’s therapy approach with thousands of people who stutter.

This intensive work led to new discoveries, ongoing therapy refinement, and the development of specialized treatment tools that make acquiring and maintaining fluent speech easier and long-lasting for therapy participants.

HCRI clinicians have treated thousands of people who stutter, representing a full range of stuttering types and severity. HCRI offers 12-day stuttering therapy programs throughout the year at the center’s specially built stuttering treatment facility. Therapy participants range in age from 11 to 73 and come from across the U.S. and 49 other countries.