NEWS ALERT:  Roanoke, Va (September 12, 2019) – Hollins Communications Research Institute (HCRI), a national center for stuttering research and therapy innovation, just completed another research initiative in collaboration with the National Institutes of Health (NIH). The study is the first to evaluate stuttering therapy outcomes among a group of stutterers who possess one of four mutant genes for stuttering in comparison to a group who do not carry the same mutant genes.

Findings revealed significant fluency outcomes for both groups following participation in HCRI’s 12-day stuttering therapy program. At the same time, results suggested stuttering is slightly more resistant to therapy in individuals who carry a stuttering gene mutation. While dysfluency measures after therapy were similar for both groups, personal perceptions of fluency among the carrier group were weaker. The results of the study are published in the 2019 July/August issue of Journal of Communications Disorders.

For this research, HCRI President Ronald L. Webster, Ph.D. and his team worked in collaboration with Dennis Drayna Ph.D. of NIH’s National Institute on Deafness and Other Communication Disorders (NIDCD).

The two organizations have partnered for two decades on research to advance the scientific understanding of stuttering. HCRI was a member of the NIDCD team that discovered the genetic link to stuttering ten years ago.

HCRI stuttering therapy was used for the study because of the treatment’s quantitative, systematic methodology. In addition, HCRI clinicians have treated thousands of individuals who stutter with consistently positive results.

“At HCRI, we are in a strong position to facilitate genetics research because of our objective, physically based approach to therapy, as well as the large number of clients we have successfully treated,” Dr. Webster said.

HCRI research demonstrates that 93% of clients achieve normal levels of fluency by the end of their 12-day therapy. When evaluated two years post therapy, data indicates 75% maintain fluent speech. An additional 15% of individuals remain with improved fluency; however, they did not fall into the normal range.

Each group of stutterers was comprised of 51 individuals matched on age, gender and ethnicity. Speech samples before and after HCRI therapy were scored using detailed disfluency measures. Also, participants provided self-reported scores of their speech, based on perceived measures of struggle, avoidance and expectancy when speaking.

While therapy can be effective for mutant gene carriers, according to Dr. Webster, findings from this study provide a springboard for fine-tuning treatment when there is a genetic factor involved.

“We need to delve further into the physical details of speech, with emphasis on the carrier group,” Dr. Webster added. “Additional research will enable us to more precisely define the effects of therapy and may set the stage for customizing treatment for those individuals who carry mutant genes. And, we are working on that at HCRI right now.”

Approximately 66 million people worldwide suffer from the effects of stuttering, with three million in the U.S, according to NIDCD. The condition is characterized by repeated or prolonged sounds, syllables, blocks and words that disrupt speech. Stuttering can impair social growth, educational attainment, and career potential.

HCRI was founded by Ronald L Webster, Ph.D. in 1972 to investigate stuttering through scientific discovery and treatment innovation. A 501(c)(3) nonprofit organization, HCRI is a leader in stuttering research and scientifically derived therapy. More than 6,500 people from across the U.S. and 50 countries have come to HCRI for stuttering treatment. HCRI is located at 7851 Enon Drive, Roanoke, Va. 24019. To learn more, visit www.stuttering.org or contact HCRI at 855-236-7032 or info@stuttering.org.

Hollins Communications Research Institute (HCRI) is recognized nationally for providing advanced treatment for stuttering, along with extensive post-therapy support to alumni from across the country and around the globe. Yet, as our institute name reflects, research is inherent to our mission. We are committed to furthering the understanding of stuttering and how to treat the condition most effectively. 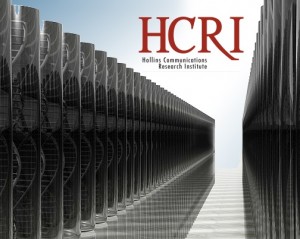 We continually work on the frontiers of knowledge and technology to improve the analysis and treatment of stuttering.

The outcomes of recent research include the rollout of our remote-access refresher program for HCRI alumni and a new children’s stuttering therapy program.

In addition, we have exciting, new research endeavors underway that are summarized below. Much of this groundbreaking research can only be conducted at HCRI. The scope and depth of our experience makes such work possible.

We have partnered with Dr. Dennis Drayna and his team at the National Institute on Deafness and Other Communication Disorders to evaluate the impact of HCRI therapy on individuals who have mutant genes for stuttering and those who do not possess such genes. The research is now complete and we are awaiting publication of the findings. Once the article is published, we will be in a position to discuss the results and implications for our treatment of stuttering.

One of the great challenges with stuttering treatment lies in the subjective scoring of disfluent speech events. To address this, we are working on the first ever system to quantitatively measure and track stuttered vs. fluent speech through multidimensional acoustic analysis. Through the real-time scoring of critical speech parameters, we will be able to advance the effectiveness of both the assessment and treatment of stuttering.

These and other research initiatives are made possible through ongoing support from HCRI alumni and friends. As a 501(c)(3) nonprofit organization, HCRI relies on gifts to continue changing lives through fluency. By donating to HCRI, individuals help…

Donors may designate their tax-deductible gift to be used for research, scholarships and/or HCRI’s operating fund. One hundered percent of donation dollars are used to advance the understanding and treatment of stuttering.

If you are interested in helping individuals who stutter through a gift to HCRI, please click here: Donate to HCRI >>

HCRI’s stuttering therapy is a science-based, immersion program that teaches individuals how to control stuttering by replacing faulty muscle movements that give rise to stuttering with new muscle behaviors that generate fluent speech.

For 12 days, therapy participants work in a small group setting and are guided by specially trained clinicians who teach skills that help individuals overcome stuttering and speak fluently. HCRI’s therapy technology is used in the treatment process to help individuals acquire fluency with greater ease and precision. Therapy takes place in the clinical environment, as well as in real-world settings.

To learn more about HCRI’s stuttering therapy approach, call 855-236-7032 or send an email to info@stuttering.org.